The history of silk is vast and fascinating. The earliest evidence of silk has been discovered in China, and it’s believed to have originated from 3000 to 4000 BC. A silk body wrap for a small child was discovered and it dates back to 3630 BC, so silk has been used for a variety of purposes for a very long time.

It has been revealed that the Chinese kept the secret about silk production for centuries. However, the mystery about silk was revealed when people migrated and they took the secret of silk production along with them. From here, it gradually got spread all over Asia and Europe and the famous Silk Road trade route opened that connected the East to the West.

Silk became one of the prominent factors of the Chinese economy, and it was considered a luxurious item. Also, ordinary people weren't allowed to wear silk. It became popular among the high society. Only the imperial family were allowed be clothed in this material. Over time different classes of society also got access to it. Before the existence of the currency system, there was a barter system. The Chinese traders would exchange silk for jewels in India.

Silk is produced through the mulberry silkworm. It is considered a natural fiber protein and is also used for manufacturing textiles. Furthermore, the silk industry has also gone through an evolutionary phase over the years. During the industrial revolution, it suffered massively. However, there was progress after the standardisation and simplification of the manufacturing process of silk. 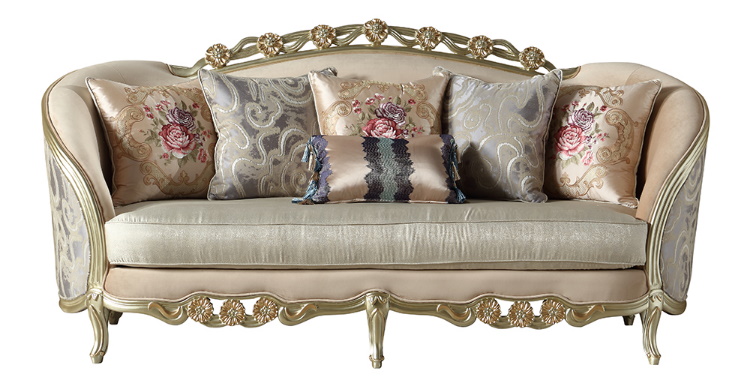 How is Silk Upholstery Made?

The name given for the process of making silk is known as sericulture. It allows the process of harvesting silkworms for the fabric. Here are the steps on how the silk is made:

1. The first step is to raise silkworms. They are cultivated on mulberry leaves and will eventually start pupating in their cocoons.

2. After shedding for some time, the silkworms spin a cocoon. Upon contact with the air, the silk solidifies. The whole process will take two to three days.

3. After forming the cocoon, it is dissolved in boiling water so that the individual long fibres can be extracted.

Do you know that it takes 3000 silkworms to produce a single kilo of raw silk! In addition, different types of fabric are developed through various processes of weaving. It has fabrics like chiffon, organza, and crepe. Also, silk and cotton can be blended to make a hybrid fabric. It may not develop as smooth as silk, but it's soft, lightweight, and absorbent.

Silk fabric is known for its shiny appearance and smooth texture. It is an expensive upholstery material, but it is well worth the price. If you want your furniture to have a luxury look, you can opt for silk upholstery as a covering.

Furthermore, silk fabrics are long-lasting. It is strong and can be used for many years if it's taken care of properly. However, it is vital not to keep the silk fabric under direct sunlight. The colour will fade and damage the material. Note that silk also is not ideal around kids and pets and requires dry cleaning. In addition, it is also a poor conductor of electricity that might create static.

One of the cons about silk is that it gets stained quite easily. Hence, it's important not to rub the stain with water but try to absorb it with a dry cloth as much as possible. It requires high maintenance and a professional cleaning service is highly recommended to maintain it properly.

Silk fabrics are used as upholstery for furniture and covers for pillows, cushions, and bed sheets. Silk can be used to cover sofas, stools, lounges, chairs, couches, and even bed heads.

Covering your furniture with silk would be a good choice if you love the luxurious look and soft texture. It would be best to avoid using it in restaurants as it quickly gets stained and does not handle exposure to the elements very well at all. Although it will enhance the look, it comes with several disadvantages.

Silk fabric coverings are more suitable for formal use and in environments where there’s less exposure to liquids and food. It can sometimes be found in high-end hotels, usually on the sheets and sometimes on a bench seat.

It's also very popular in formal sitting rooms and on occasion you may see them used to cover dining chair cushions.

Cleaning Service You Will Ever Try.